Calculate the standard potential, E° (in V), for this reaction from its ...
15. Label each component of the voltaic cell on the line provided with t...
A voltaic cell is constructed in which the following cell reaction occur...
Watch concept videos about Galvanic Cell

A voltaic cell is constructed in which the anode is a I^- | I2+ half cell and the cathode is a F^-|F2 half cell. The half-cell compartments are connected by a salt bridge. (Use the lowest possible coefficients. Use the pull-down boxes to specify states such as (aq)) or (s). If a box is not needed, leave it blank.) The anode reaction is: The cathode reaction is: The net cell reaction is: In the external circuit, electrons migrate ____ the F^-|F2 electrode ____ the I^-|I2 electrode. In the sa 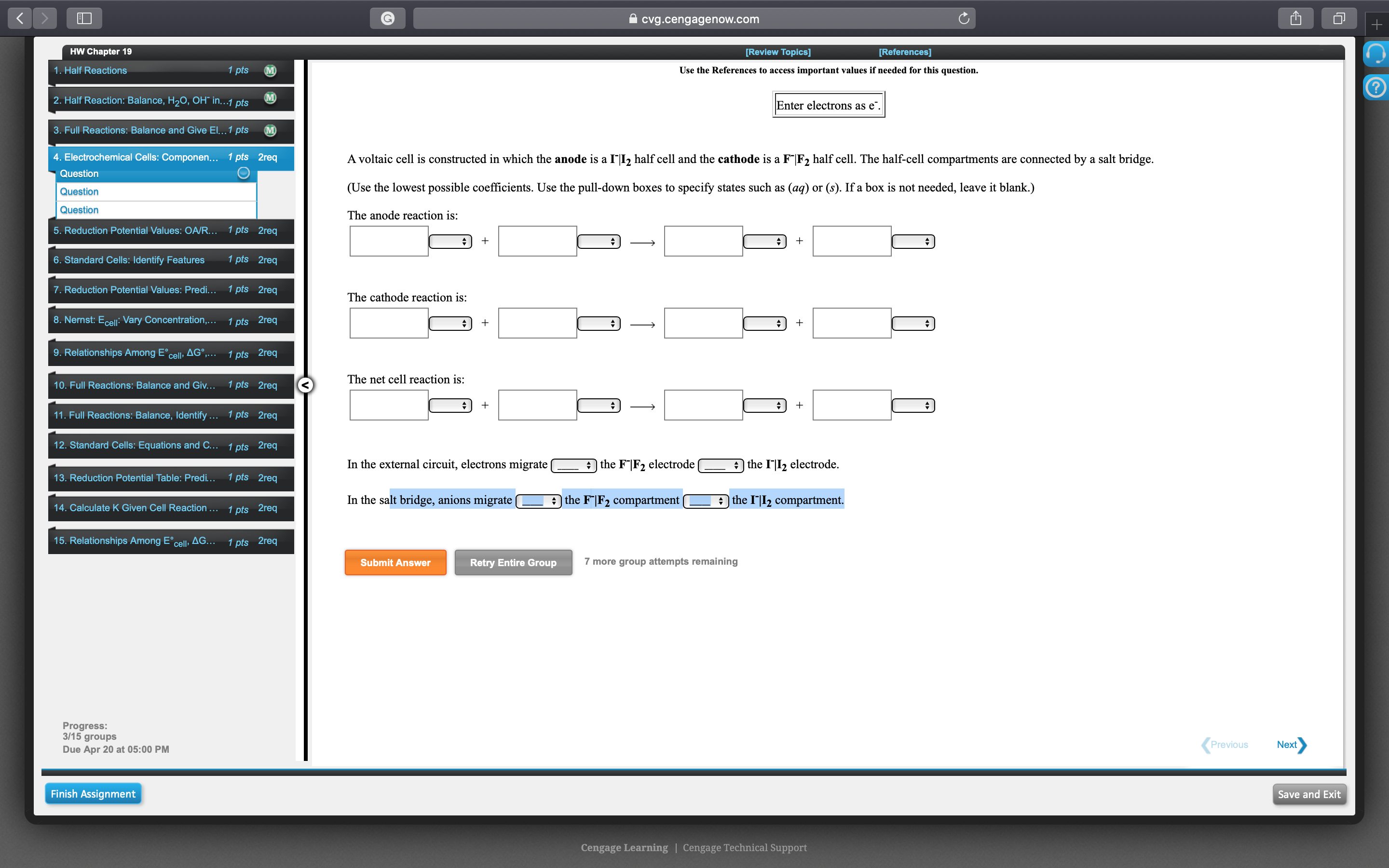