According to valence bond theory, it is true that benzene 1. is probably a very polar molecule 2. has two delocalized pi bonds, one on top of and one below the plane of the carbon atoms. 3. has a delocalized pi system formed by the combination of three pi bonds on carbon atoms. 4. contains carbon which are sp hybridized. 5. has a structure consisting of alternating single and double bonds. 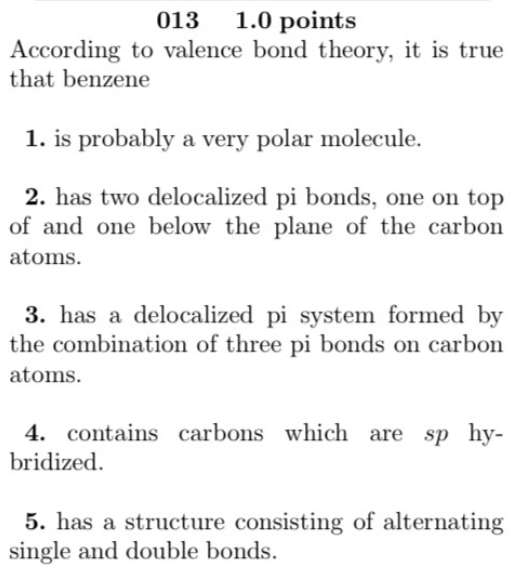