Each of the following nuclei undergoes either beta or positron emission....
What change in the mass number of a nucleus occurs when the nucleus emit...
Name the type of decay process.
Watch concept videos about Radioactive Decay

Which of the following statement(s) is/are correct? i) The energy change when 16-O is (hypothetically) formed from 8 protons and 8 neutrons is known as the energy defect. ii) The splitting of a heavier nucleus into two nuclei with smaller mass number is known as nuclear fission. iii) The first example of nuclear fission involved bombarding 235-U with 4-He nuclei. 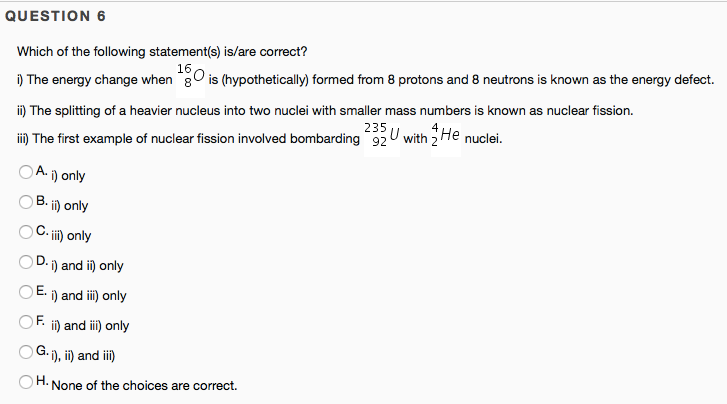