Raise the temperature to 100°C. What is the volume now? Gas: O2 Pressure...
What is the maximum work recovered if 1 mole of CO2 (g) released from Ca...
For the following reaction at 600. K, the equilibrium constant, Kp, is 1...
Watch concept videos about The Ideal Gas Law

Ammonium nitrate, a common fertilizer, is used as an explosive in fireworks and by terrorists. It was the material used in the tragic explosion at the Oklahoma City federal building in 1995. How many liters of gas at 307°C and 1.00 atm are formed by the explosive decomposition of 65.5 kg of ammonium nitrate to nitrogen, oxygen, and water vapor? 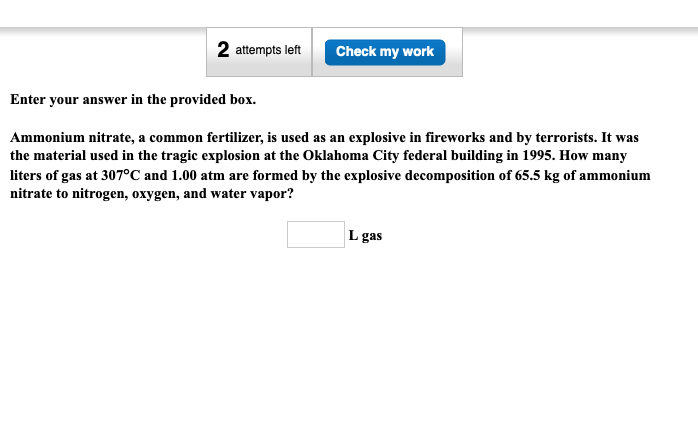