The motion between A and C has a constant tangential and radial acceleration.

C to D only has radial acceleration. 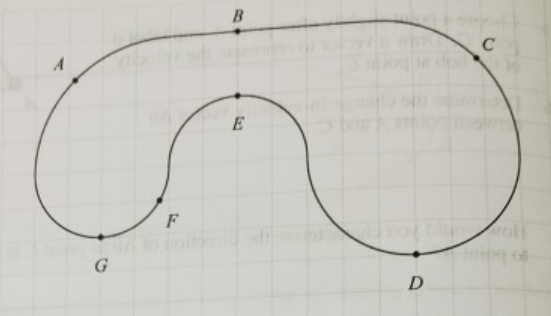 b. Is the magnitude of the acceleration at point G greater than, less than, or equal to that at point D? Explain.