The electrostatic force between two charges q1 and q2 is:

, where k is Coulomb's constant and r is the distance between q1 and q2. 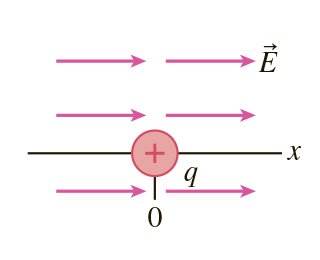 Part A. At what point along the x-axis would a proton experience no net force? Express your answer to two significant figures and include the appropriate units.

Part B. At what point along the x-axis would an electron experience no net force? Express your answer to two significant figures and include the appropriate units.

Based on our data, we think this problem is relevant for Professor Vaida's class at UCF.