The line of action of F5 passes through point P. 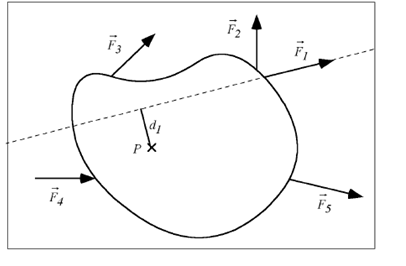 Next we find the shortest distance. This is the perpendicular distance from the line of action to the pivot point, and is shown for force F1 labeled as d1. You should show this distance for the other four forces