Velocity is given by

Solving for a, from velocity and Newton's second law:

Using the expression for momentum:

To learn about the impulse-momentum theorem and its applications in some common cases.

Using the concept of momentum, Newton's second law can be rewritten as

where ∑F?  is the net force F? net acting on the object, and dp? dt is the rate at which the object's momentum is changing.

If the object is observed during an interval of time between times t1 and t2, then integration of both sides of equation (1) gives

The right side of equation (2) is simply the change in the object's momentum p2??p1?. The left side is called the impulse of the net force and is denoted by J? . Then equation (2) can be rewritten as

Here F, v1, and v2 are the components of the corresponding vector quantities along the chosen coordinate axis. If the motion in question is two-dimensional, it is often useful to apply equation (3) to the x and y components of motion separately. 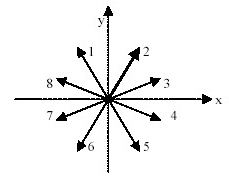 A) The particle starts from rest at t=0. What is the magnitude p of the momentum of the particle at time t? Assume that t>0.

B) The particle starts from rest at t=0. What is the magnitude v of the velocity of the particle at time t? Assume that t>0.

C) The particle has momentum of magnitude p1 at a certain instant. What is p2, the magnitude of its momentum ?t

D) The particle has momentum of magnitude p1 at a certain instant. What is v2, the magnitude of its velocity ?

Based on our data, we think this problem is relevant for Professor Staff's class at UCD.