The change in potential:

In the diagram below, there are two charges of +q and - q and six points (a through f) at various distances from the two charges (figure 1) You will be asked to rank changes in the electric potential along paths between pairs of points. 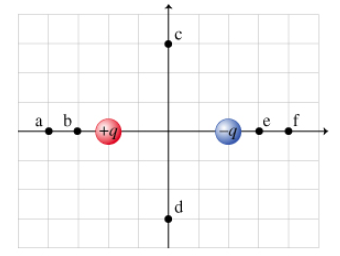 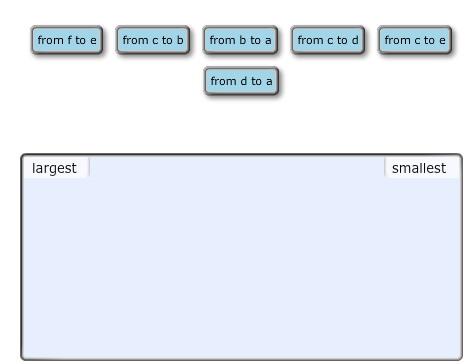