Concept: Why stereoisomers need their own naming system.

Problem: Indicate the stereochemical configuration for the tetrahedral centers shown below.

We’re being asked to determine the stereochemical configuration of the following molecules.

Recall that the R/S configuration gives us the absolute stereochemistry of chiral centers. It involves:

Step 1: Determine the priority of groups at the chiral center.

• If the same atom is present, we compare the other atoms it is bonded to.

Step 2: Determine the R/S configuration of the chiral center.

• If the lowest priority is on a dashed line: trace a path from 1 to 3

– If the order is clockwise → R (rectus or right)

– If the order is counterclockwise → S (sinister or left)

– Clockwise → R becomes S because of the swap

– Counterclockwise → S becomes R because of the swap

Indicate the stereochemical configuration for the tetrahedral centers shown below. 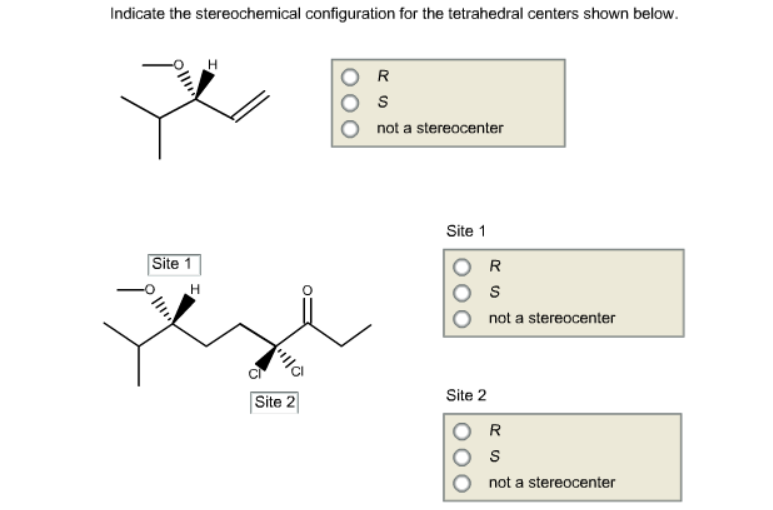 Our expert Organic tutor, Leo took 4 minutes and 37 seconds to solve this problem. You can follow their steps in the video explanation above.

Based on our data, we think this problem is relevant for Professor Falcao's class at UM.