Been awhile since Chem 1? Let’s cover some of the essentials from general chemistry that you’ll need for this course.

Recap of Protons and Neutrons

Concept #1: The difference between atomic numbers and atomic mass.

Hopefully, you guys remember that the atom is the basic unit of matter, so there's atoms, there's molecules. Atoms make up molecules. So that's something important. You guys know that an atom basically has a nucleus with protons and neutrons and electrons spinning around it. Awesome.
Now, there's two things that you guys need to remember about the atom. There's the atomic number and there's the atomic mass. So do you guys remember what the atomic number is equal to? That is right. It is equal to the number of protons. Awesome. Basically, the atomic number is really what differentiates all the atoms. We say that an atom is one atom or another based on how many protons it has.
Whereas, the mass number is a little bit different. The atomic mass has to do with the number of protons plus the number of what? Do you guys remember this? Plus the number of neutrons. Remember that neutrons and protons have roughly the same mass, so if you have more neutrons, that's actually going to affect how heavy your atoms is.
Then finally, we have something called isotopes. Isotopes are variations of atoms that have the same number of protons, but they have differing numbers of neutrons. So let's just write that in right here. And what that means is that essentially when we have an isotope that is the same atom in terms of it's going to react very similarly to another atom of similar protons. The only difference is that it's going to be either a little heavier or a little lighter depending on whether it has a few more neutrons or a few less neutrons. 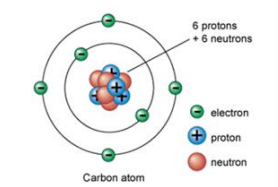 Now we're going to talk a little bit about just atomic structure. Remember that electrons orbit regions around a nucleus. And they orbit it based on energy level. So that region of space that has a certain energy is called a shell. A shell is that space that has a certain energy where the electrons can move.
Now shells – remember shells can hold a lot of electrons. Some shells can hold up to like 18 electrons, something like that. But there's a smaller subset of space within a shell that has enough room for exactly one pair of electrons. Do you guys remember what that is called? That would be called an orbital. An orbital is that region of space that only two electrons, an up spin and a down spin, can exist in. We're going to talk a lot about orbitals later.
Then we already talked about what happens when atoms have differing amounts of neutrons. But, when atoms possess a different number of electrons than protons, so now we're talking about what happens if they have differing amounts of electrons, what's going to happen is that instead of being heavier or lighter, electrons don't really contribute to mass very much. Remember that electrons are tiny, tiny, tiny. They're not very heavy. Instead, they're going to contribute towards the charge. These are called ions. Remember the word ion just describes something that is a charged atom.
Remember there's two kinds of charges you can have. You can have a positive or a negative. You guys should be able to fill this in. What is it called when it's a positively charged atom? That's a cation. Please don't say 'cashion.' That is not a 'cashion.' That is a cation. Negatively charged would be called an anion.
It's important that you guys know this distinction. Basically, differing amounts of neutrons actually affects the weight, so you get a different atomic mass. Differing amounts of electrons doesn't affect the weight that much, but it does affect the charge. Why? Because if you think about it, electrons have a negative charge, protons have a positive charge. In atoms, these are supposed to perfectly balance out. You're supposed to have exactly as many protons as you have electrons. If you have a difference, then you're going to have a net charge for that atom.

The Three Principles of Electron Configuration

Concept #3: 3 rules about orbitals you need to know.

So now finally, what I want to talk about it the three principles of electron configuration. We're going to do some practice with this later, but these principles you learn in gen chem, you just need to commit them to memory. You're still going to need them for orgo.
What these do is they describe the way that electrons fill atomic orbitals. Remember that orbitals hold two electrons. The Aufbau Principle is also called the Building Up Principle. With the Building Up Principle, what happens that it just says, “Hey, if you have orbitals of differing energies, you have to fill the lowest energy first.” Remember that.
We're going to talk more about this later, but remember that the 1s orbital is your lowest energy orbital and then it goes up to 2s and then it goes to 2p and then they start going into the d's and the f's and everything. That means you wouldn't fill a f orbital or a d orbital before you completely filled all your lower orbitals. You just have to start at the bottom and work your way up. Easy.
Then we have the Pauli Exclusion Principle. This one you guys already know. All it says is that you can only have two electrons per orbital, so I already told you this, but you didn't know that it was Pauli Exclusion. Maybe you forgot or maybe you remembered. Sorry. You could have totally remembered that. I just assume – I teach this class as if you don't remember anything from gen chem.
The way that I like to think about it is that imagine that these two electrons are out on a date. And then someone tries to join in that's like a third wheel. They're going to be exclusive. They're going to be like, “No, go away. I want to be on a date.” Pauli Exclusion, they're like excluding the other electrons. That's Pauli Exclusion.
Then finally, we have our last one which is Hund's Rule. Hund's Rule, a lot of people compare it to like you're on a school bus and it's like the seats of a bus. Basically, you have a certain amount of kids and – I don't know, kids are weird, but if you had a normal bus, a normal bus with adults, what would happen is that people always take the clear seats first. No one doubles up on a seat for no reason. They always take all the clear seats and once all the seats have one person on them, then you start putting your second people.
Basically, that's what Hund's Rule says. It says that you have to evenly fill all of your orbitals on the same energy level before you can start adding second electrons to those. In this case, just remember that anything that has equal energy, you're going to equally fill it with one electron first and then you can start adding second ones.
So, guys, it's just important that you guys remember what these rules are about and we're going to apply it in some practice problems, so you guys will get some practice. So let's go on and try it out. 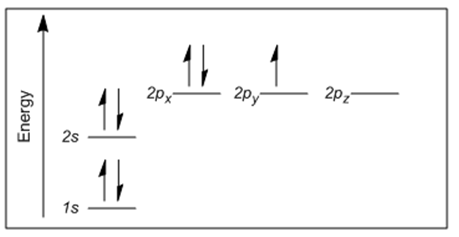 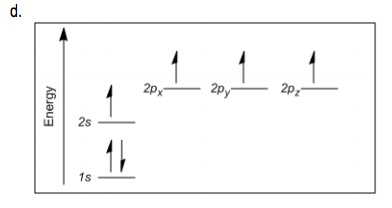