Example: Draw each of the following compounds and determine their electronic geometries. PH3

Example: Draw each of the following compounds and determine their electronic geometries. BeCl2

Analyzing the structures of each given molecules:

a. For XeF3+, Xe will appear as the central atom (less electronegative than F) where F atoms are single bonded to it 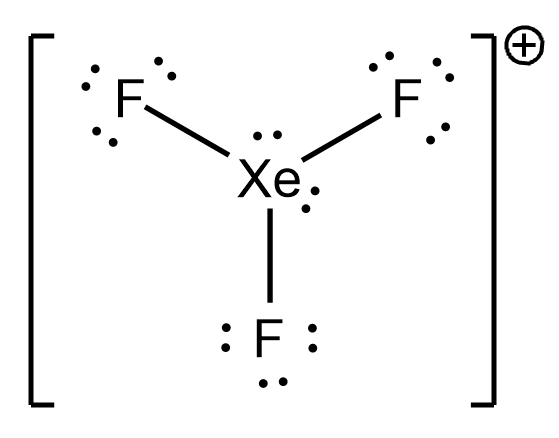 (a) Match each shape with one of the following species: XeF3+, SbBr3, GaCl3.

Learn this topic by watchingElectron Geometry Concept Videos
All Chemistry Practice Problems Electron Geometry Practice Problems
Q.Rank these species by their ability to act as an oxidizing agent. Au3+, Ca2+, Pb2+, Fe2+
Q.What type of reaction occurs when potassium metal reacts with fluorine gas?A) precipitationB) acid-base neutralizationC) oxidation-reductionD) gas evo...
Q.Part A. After familiarizing yourself with the simulation, complete the following table that matches geometries, coordination models (notations), and s...
Q.Explain the difference between electron geometry and molecular geometry.
Q.What is the geometry of the HCN molecule?
Q.In determining electron geometry, why do we consider only the electron groups on the central atom? In other words, why don’t we consider electron grou...
Q.The molecule H2S4 has a linear arrangement of its atoms. Number all sulfur atoms along the chain from 1 to 4.Find the oxidation number of each sulfur ...
See all problems in Electron Geometry

Based on our data, we think this problem is relevant for Professor Davis' class at UCF.