Lewis Acid and Base Video Lessons

Example: Identify each of the compounds in the following chemical equation.

Problem: Classify each of the following as a Lewis acid or a Lewis base.

A Lewis base is an electron donor. They tend to be ions that are negatively charged (F-, O2-). Molecules with electrons on their central atom (NH3) can also be Lewis bases.

Classify each of the following as a Lewis acid or a Lewis base. 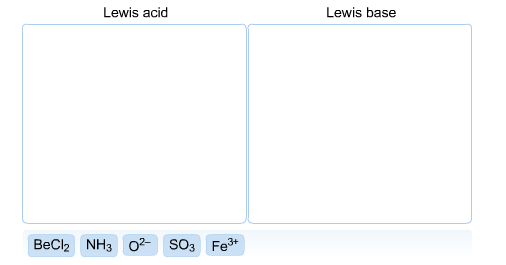 Our tutors rated the difficulty ofClassify each of the following as a Lewis acid or a Lewis ba...as medium difficulty.

Our expert Chemistry tutor, Sabrina took 6 minutes and 23 seconds to solve this problem. You can follow their steps in the video explanation above.

Based on our data, we think this problem is relevant for Professor Wasinger's class at CSU CHICO.