Problem: Sort the following transitions from an excited state to a ground state according to the series into which they fall.Drag the appropriate transitions to their respective bins.When an electronic transition from a higher energy shell to a lower energy shell takes place, a photon of light is released. The energy of the photon released during the transition is equal to the energy difference between the two shells.Select the image to explore the simulation that demonstrates three emission series.Click on the Lyman series in the simulation to observe the pathway of the electronic transitions from excited (or higher energy) states to the ground (or lowest energy) state. Similarly, click on the other series (Balmer and Paschen) to observe their associated electronic transitions.

Sort the following transitions from an excited state to a ground state according to the series into which they fall.

Drag the appropriate transitions to their respective bins. 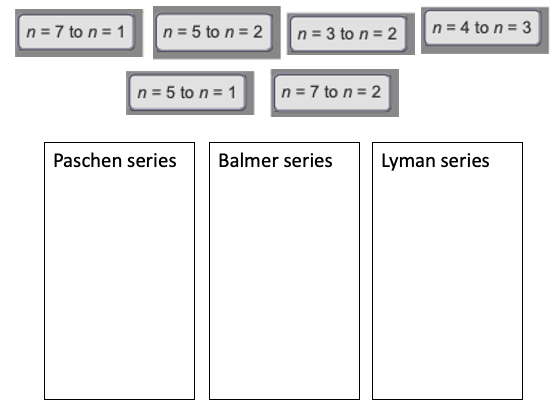 Select the image to explore the simulation that demonstrates three emission series. 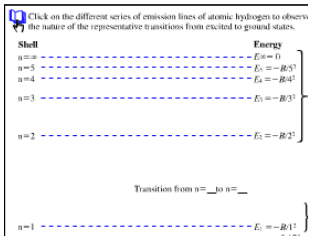 Based on our data, we think this problem is relevant for Professor Sidorov's class at VCU.