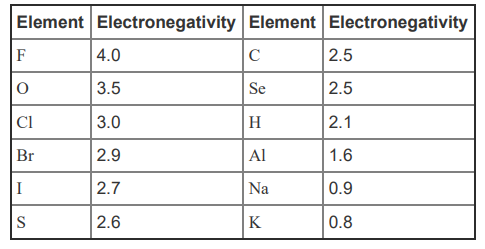 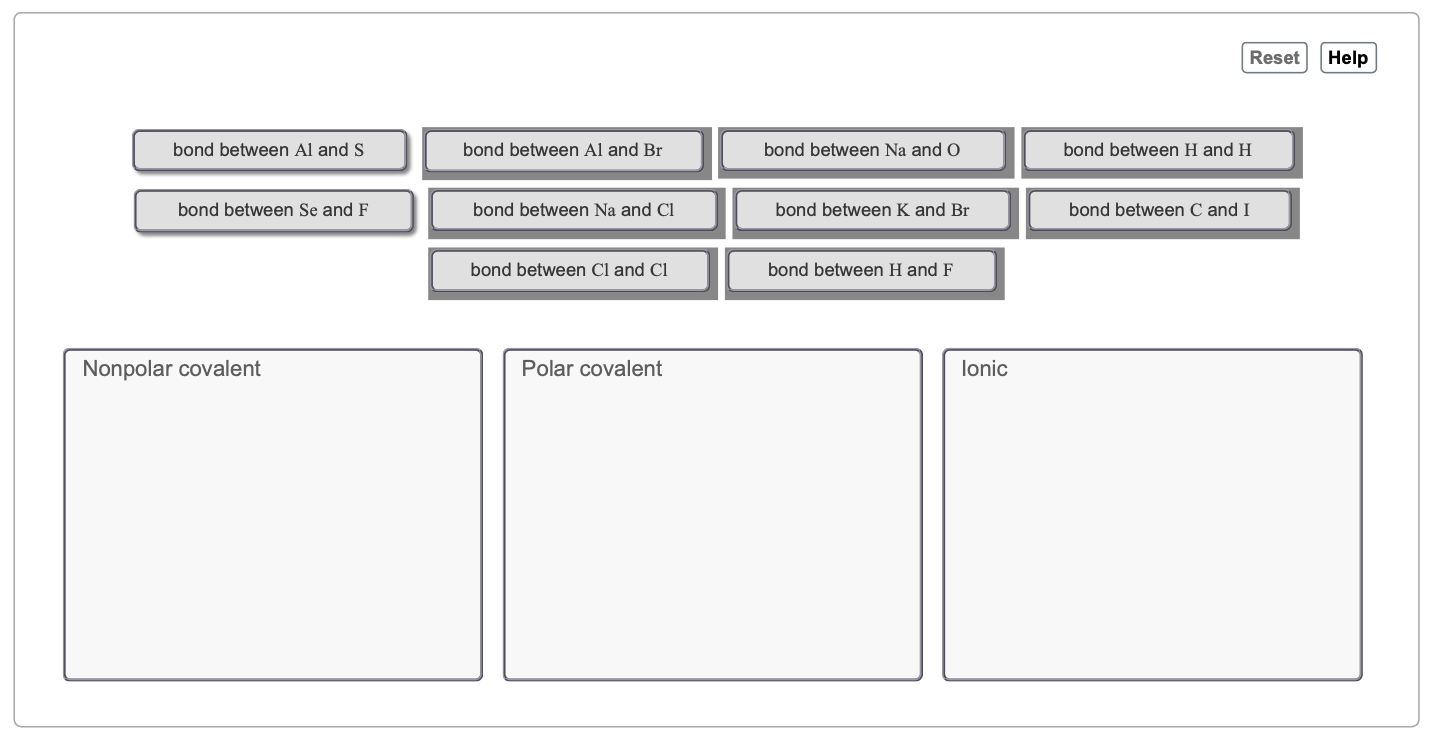 The difference in electronegativity values can be used to predict the type of bond formed between two atoms.

Based on our data, we think this problem is relevant for Professor Schneemeyer's class at Montclair State University.