Standard temperature and pressure (STP) are considered to be 273 K and 1.0 atm. Predict which of the following changes will cause the volume of the balloon to increase or decrease assuming that the temperature and the gas filling the balloon remain unchanged.

Balloon filled with helium at STP floats into the atmosphere where the pressure is 0.5 atm.

Balloon filled with helium at STP is submerged under water where the pressure if 1.25 atm.

Balloon filled with helium at STP floats into air where the pressure equals 1 atm.

Balloon filled with helium under water at 1.15 atm is released and floats to the surface, which is at STP. 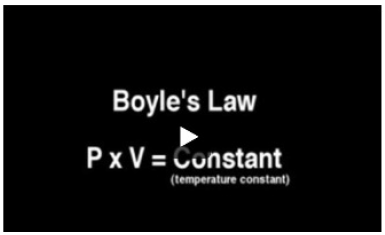 Learn this topic by watchingChemistry Gas Laws Concept Videos
All Chemistry Practice Problems Chemistry Gas Laws Practice Problems
Q.Calculate the volume of each gas sample at STP52.0 mg Cl2.
Q.Calculate the density, in grams per liter, of carbon dioxide (CO2) gas at STP.
Q.What volume will 35.9 g of hydrogen gas (H2) occupy at STP?a. 399 Lb. 798 Lc. 804 Ld. 1620 L
Q.At standard temperature and pressure (0 °C and 1.00 atm ), 1.00 mol of an ideal gas occupies a volume of 22.4 L. What volume would the same amount of ...
See all problems in Chemistry Gas Laws

Based on our data, we think this problem is relevant for Professor Schmidt's class at College of Southern Nevada.