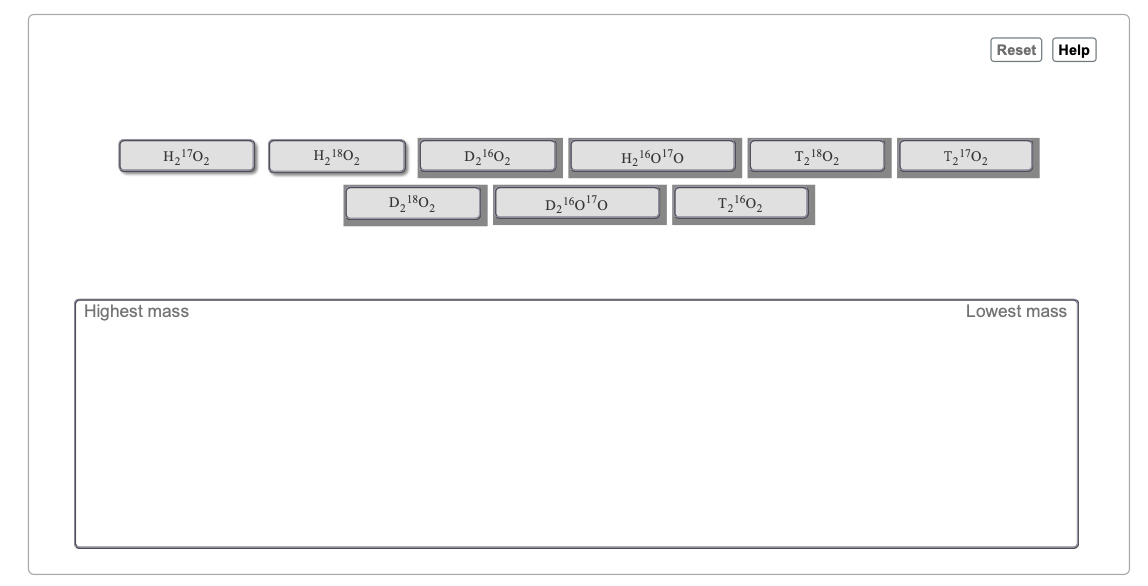 Rank from highest to lowest molecular mass. To rank items as equivalent, overlap them.

There are three naturally occurring isotopes of hydrogen:

There are three naturally occurring isotopes of oxygen: