Example: From what you know about ion formation and the Periodic Table, which ion would be unlikely to occur?

Problem: Part B. What is the charge on the most stable ion of each of the following elements?Ba, N, O I, K, Al, Mg, SDrag each item to the appropriate bin. An atom is made up of a positively-charged nucleus surrounded by negatively-charged electrons. The atom is neutral when there are equal numbers of protons and electrons. Ions are formed when there are unequal numbers of protons and electrons in an atom. A positive ion is called a cation whereas a negative ion is called an anion.

We’re being asked to determine the most stable ion of each given element. Recall that when becoming an ion, the element tries to achieve the configuration of the nearest noble gas 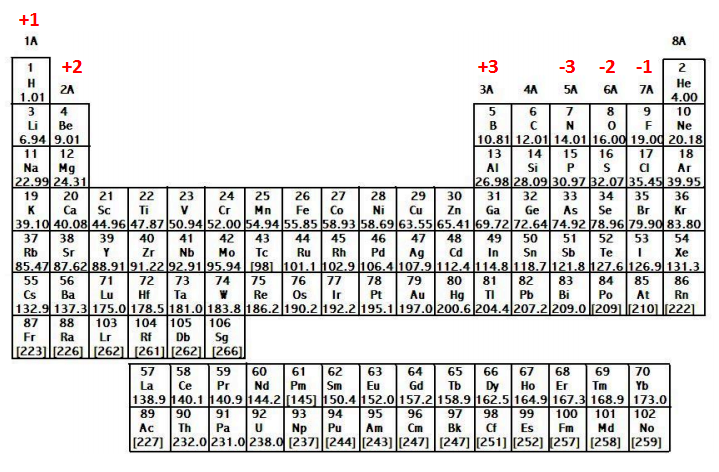 Part B. What is the charge on the most stable ion of each of the following elements?

Drag each item to the appropriate bin.

Based on our data, we think this problem is relevant for Professor Shamansky's class at UNLV.