Click on the Mixtures tab in the PhET simulation. Click on yellow cells in the periodic table shown in the upper right to select an element. You can create your own mix of isotopes by selecting the radio button corresponding to My Mix in the lower right. There is a toggle above the bins of atoms that presents slide bars to place larger amounts of atoms into your mix of isotopes at one time. If you want to return to dragging single atoms in one at time click on image of a bin adjacent to the slide toggle. You can also view the natural abundances by selecting the radio button corresponding to Nature’s Mix. The average atomic mass for a specific isotope will appear on the right in the box titled Average Atomic Mass.

Part C. Sort each isotope based on the abundance of isotopes on Earth, as shown in the PhET simulation by selecting Nature's Mix, and on planet X given the following information: 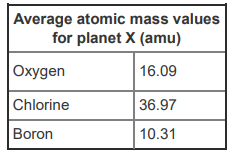 Although there are three isotopes for oxygen, you only need to sort the two listed. 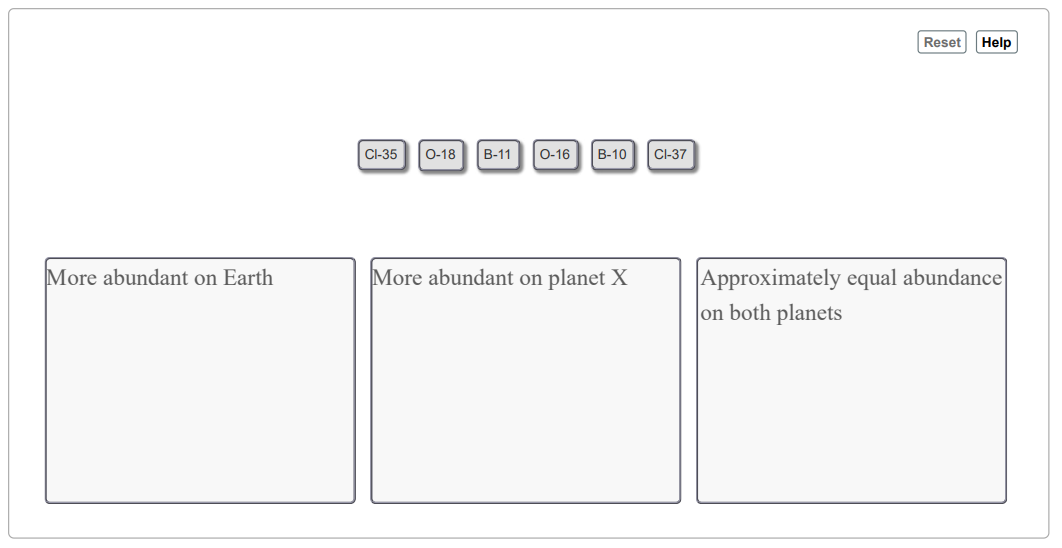 Based on our data, we think this problem is relevant for Professor Kryatov's class at Tufts University.