Problem: What is the strongest type of intermolecular force present in NH2CH3?A. dispersion B. dipole-dipole C. hydrogen bonding D. ion-dipole E. none of these

For NH2CH3: The total number of valence electrons present in NH2CH3 is:

The Lewis structure of NH2CH3 is: 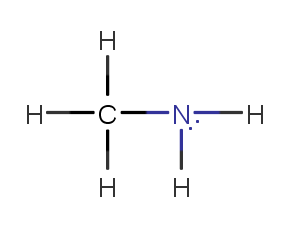 What is the strongest type of intermolecular force present in NH2CH3?

E. none of these

Based on our data, we think this problem is relevant for Professor Tang's class at USF.