We are being asked to determine the molecular-orbital diagram for a chain containing six lithium atoms.

Recall: In the molecular orbital theory, electrons are seen as being delocalized or spread out over a molecule instead of concentrated in a covalent bond.

The molecular-orbital diagrams for two- and four-atom linear chains of lithium atoms are shown on the picture below. 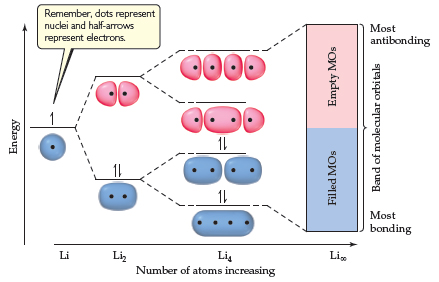 Based on our data, we think this problem is relevant for Professor Griffith's class at UMD.