Example: How many total nodes are present in a 4d orbital?

The radial probability function for a 2s orbital is shown here. 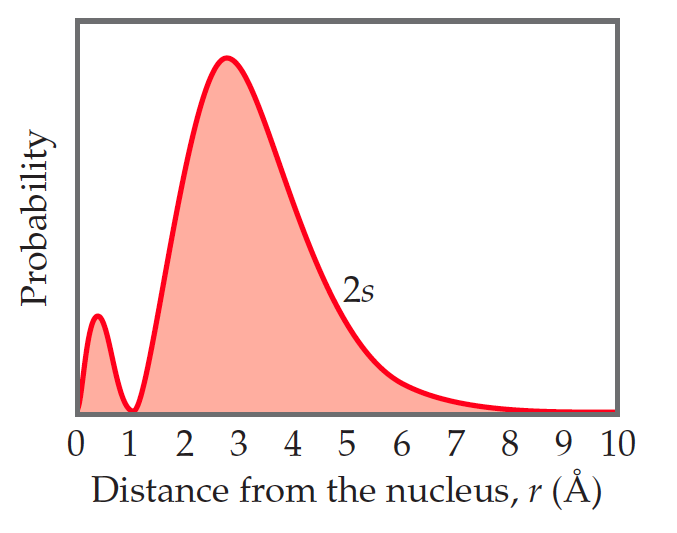