Ch.8 - Periodic Properties of the ElementsWorksheetSee all chapters

Periodic Trends are patterns present in the periodic table based on an element's size and electron distribution. 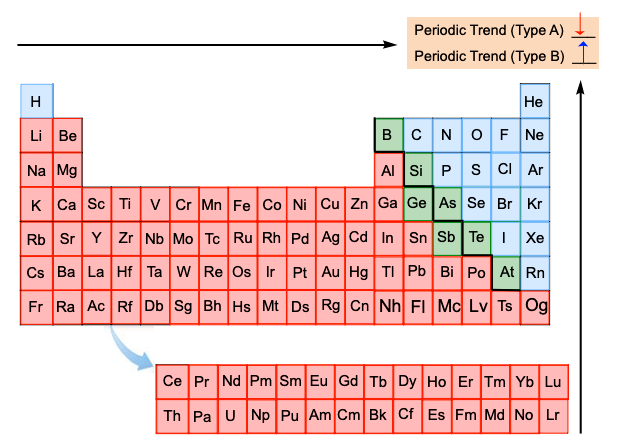 Practice: Which of the following statements is false?

Practice: For main-group elements, the atomic radius increases going down a group because:

Practice: Which of the following statements is false?

a) The electron affinity of phosphorus is less exothermic than those of both silicon and sulfur.

b) The second ionization energy of oxygen is less than the first ionization of fluorine.

c) As the principal quantum number of an atom increases the effective nuclear charge will increase.

d) Cations are smaller than their parent atoms.

Practice: Which of the following statements is true?