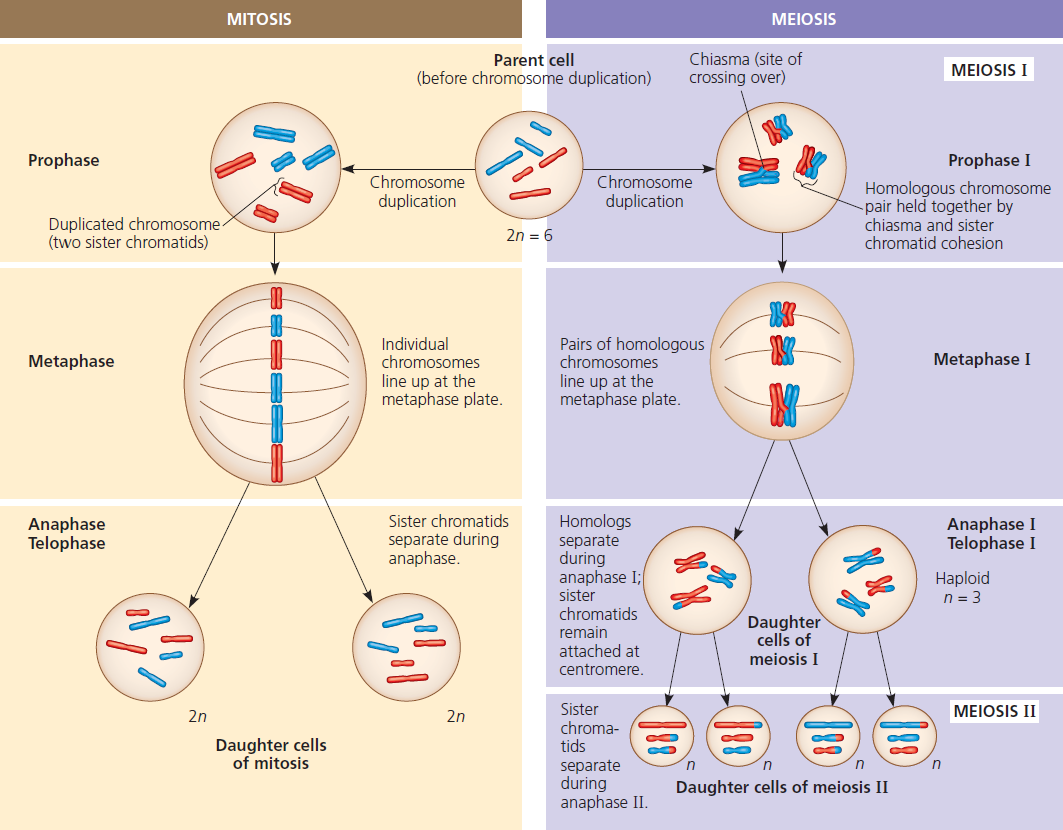 Genetic variation is accomplished by all but one of the following. Which is it?

A) the events of meiosis I

E) the events of meiosis II

Which of the following is the best description of the events of anaphase I?

B) Sister chromatids separate and the daughter chromosomes migrate to opposite poles.

C) Homologous chromosomes randomly separate and migrate to opposite poles.

Crossing over during prophase I results in

Process of cell division for growth and repair

Number of cells produced after mitosis is