Mitosis vs. Meiosis vs. Binary Fission: 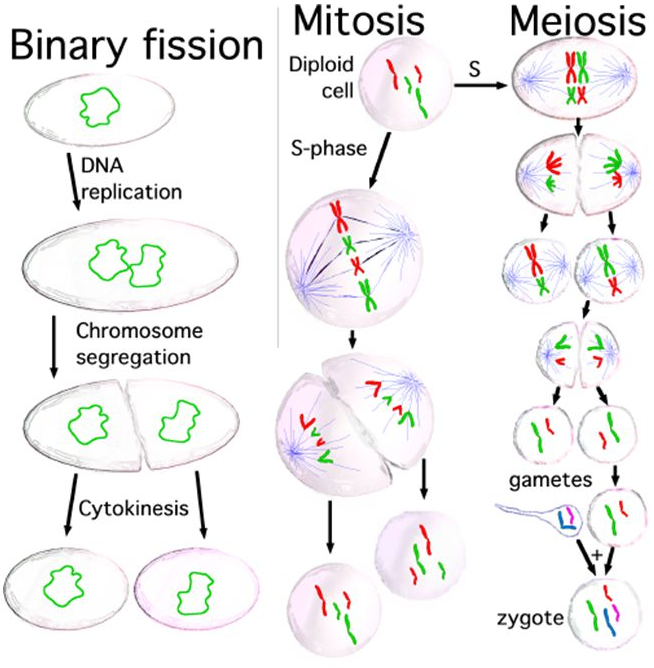 How does mitosis and cytokinesis in eukaryotes differ from binary fission in prokaryotes?

B. Cells produced during mitosis and cytokinesis are used for sexual reproduction in eukaryotes, whereas prokaryotes use binary fission to produce sex cells.

C. Sister chromatids attach to spindle fibers during mitosis, whereas binary fission does not use spindle fibers to separate the replicated chromosome.

D. In mitosis each pair of sister chromatids has one centromere, whereas in binary fission the replicated chromosome has multiple centromeres.