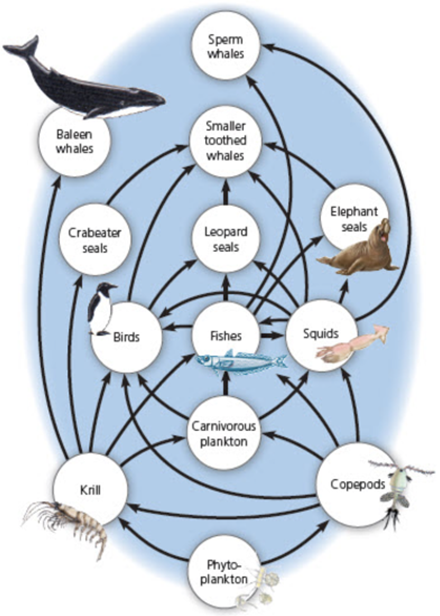 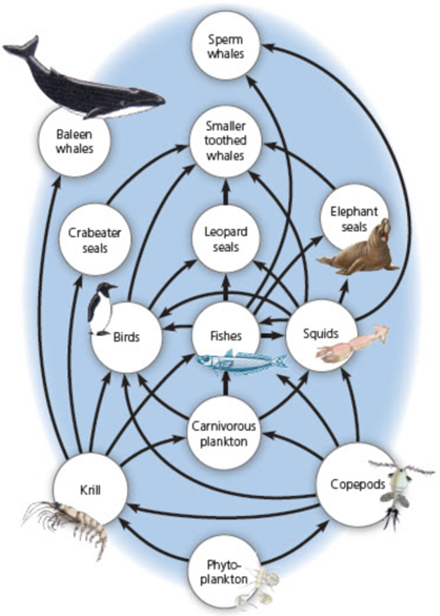 A. Which trophic levels do fishes occupy in this food web?

B. Five different baleen whale species are endangered and may go extinct. What would be the most likely effect of removing all baleen whales from this food web?

The bird population  would decrease.

The krill population would increase.

The crabeater seal population would decrease.